(In search of lost time)

For Marcel Proust, it (the trigger) was the taste of Madeleine cakes dipped in Camomile tea that brought back memories. For me, it was an advertisement for QE II cruises that took me back instantly to September 1940. When I read the line 'In 2005, she (the QE II) became the longest serving Cunard ship ever , when she passed the 36 years, 4 months & 2 days record of Scythia ,which sailed from 1921 to 1957'. I was once again aged 8, with my 5-year-old brother Michael sitting in a train from Euston, on our way to Liverpool to join the 'Scythia'. With 48 other English children we were on our way to Boston USA as Evacuees. 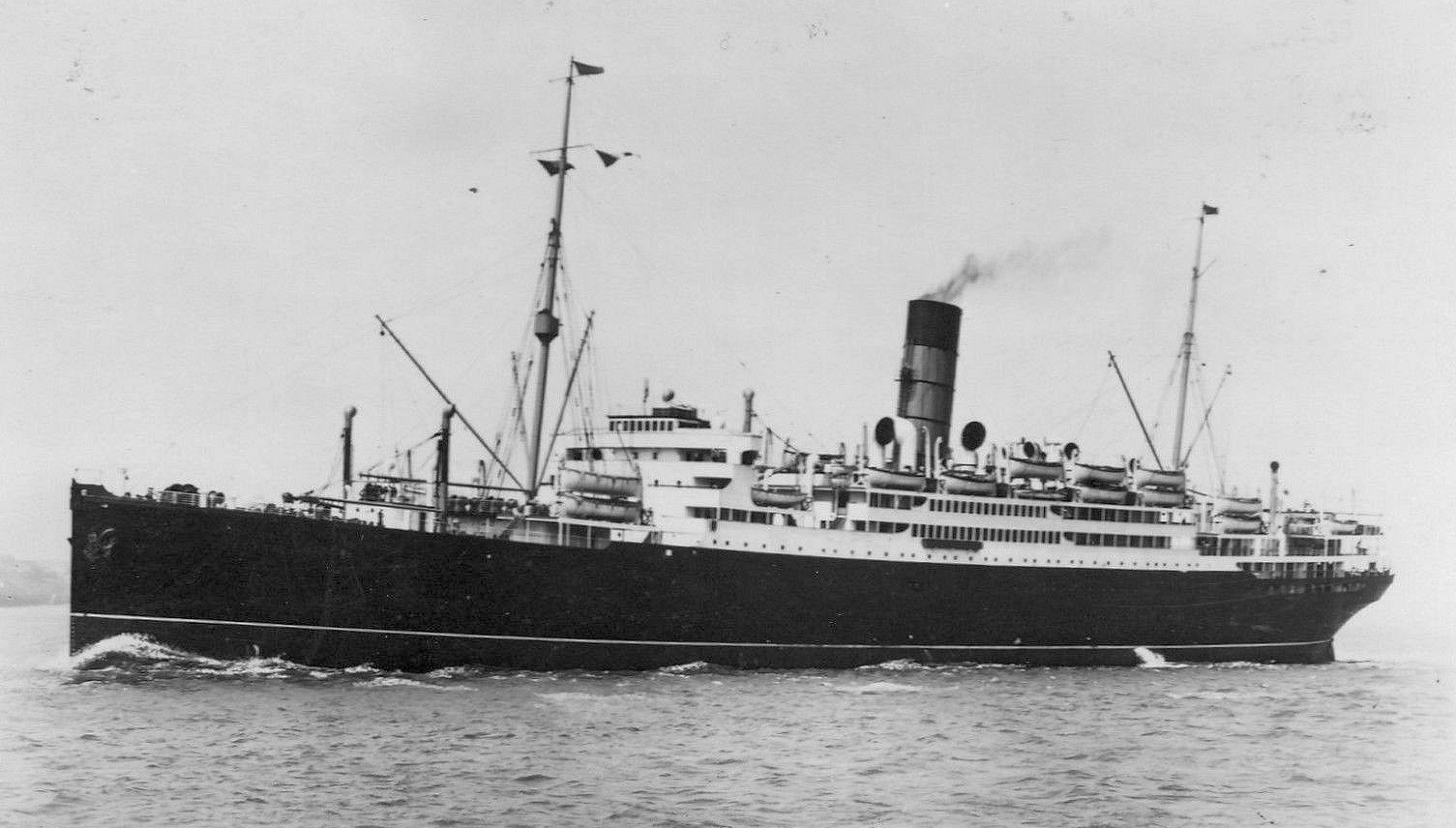 We boys were dressed in our regulation gabardine school macs, wearing school caps, and with brown labels threaded through our button holes, just like 'items of luggage' I felt. Our group was sponsored by readers of the Boston Evening Transcript - a paper which has long since folded.

While daylight lasted, I was diverted by sights such as the Grand Union Canal climbing a flight of locks alongside the railway as the long day's journey lengthened into night, one of the older boys whiled away the time by giving an imaginative account of the effects of German poison gas. I sat in horror, chewing the brim of my cap. The unpleasant taste it left in my mouth made me sure I had poisoned myself, though there were no long-term effects.

As I wrote to my father, we were housed in a school while waiting for a convoy to be assembled. Liverpool was being heavily bombed, and we spent several nights in air raid shelters. Finally, our passports were stamped on September 21st. We boarded Scythia and set sail in convoy for New York.

I have few memories of the voyage. Before we had sailed west of Ireland all of us enjoyed the unlimited supply of ice cream, in an undreamt-of variety of flavours. I do remember rumours that a submarine periscope had been spotted, and shortly afterwards the crew of an RAF Lockheed Hudson waved to us as they flew over the convoy. Shortly after that, we hit the full force of a North Atlantic gale, and I retired to my bunk for the next 12 days or so, until we approached New York. My passport bears a New York immigration stamp for October 3rd 1940.

What we children did not know at the time, was that on 13th September 1940, another group of children had set sail from Liverpool in the P&O Liner 'City of Benares'. Those children were travelling under a government scheme CORB Children's Overseas Reception Board. On the night of 17th September, the "City of Benares" was torpedoed by the German U Boat U48, and sank within 30 minutes. There were only 148 survivors of the 406 passengers and crew. There were only 13 children under 16 who survived from among the 90 who made up the CORB scheme group. Six of these were rescued only after 8 days in an open lifeboat. I can only imagine what my father felt as he read the headline in the Daily Mail of 23rd September 1940, '83 Children Die as Huns Sink Liner in Storm'.

He had good reason to take the opportunity to get us away from the possibility of a German invasion. As a prisoner of war of the Germans in 1916 -1918, he had seen with his own eyes the effects on a civilian population starving under a blockade. My mother had died in 1938 from pneumonia, just 6 months before May & Baker had released the sulphanilamide drug which was to save so many lives during the war.

Had he sent us to our deaths, leaving only my 1-year old sister Margaret (who was too young to qualify for the evacuation) as the only survivor of his children? I'm sure that the Boston Evening Transcript must have quickly confirmed that their sponsored group had arrived safely. However, it was not until early November that my father walked to the station news stand to collect his morning paper. There was Michael looking out soulfully from the cover of the 'Picture Post' - "Michael Bedwell - One of the British Children now Safely in the USA" - his luggage label, (somewhat tattered, but clearly readable) safety pinned to his lapel. Clear proof that we had indeed arrived. 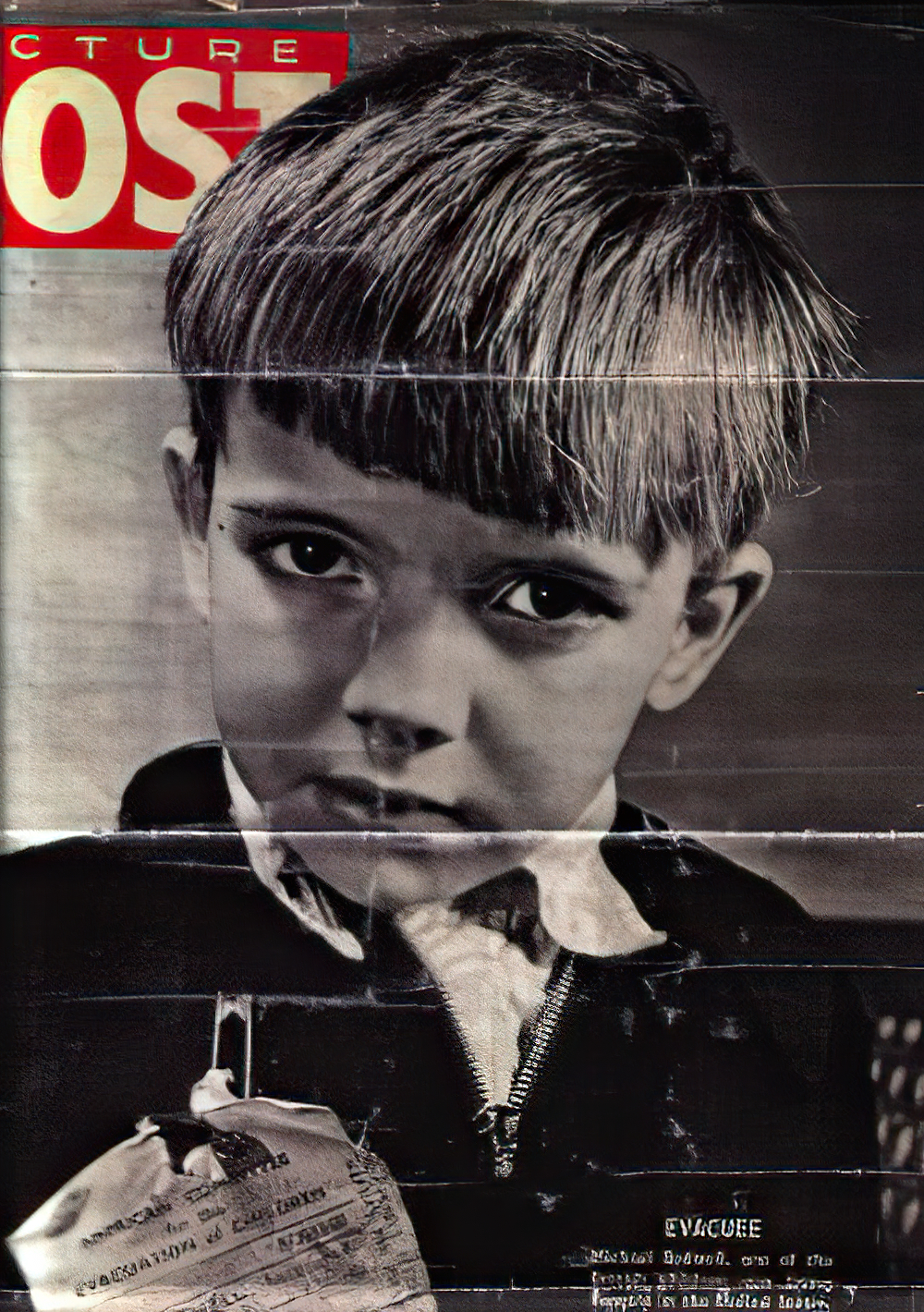 The Scythia, like all liners, was now being used as a troop carrier, but the Royal Navy was carrying children who wished to return to the UK

On October 3rd 1944, 5 of us joined HMS Thane in New York. The Thane, a 'Liberty Ship' hull fitted with a flight deck, was no longer required in her design role as a 'Carrier, Escort' i.e. providing air cover for convoys. All available space was packed with fighter aircraft (both in her hangar and lashed to the flight deck) ready for the advance into Germany. 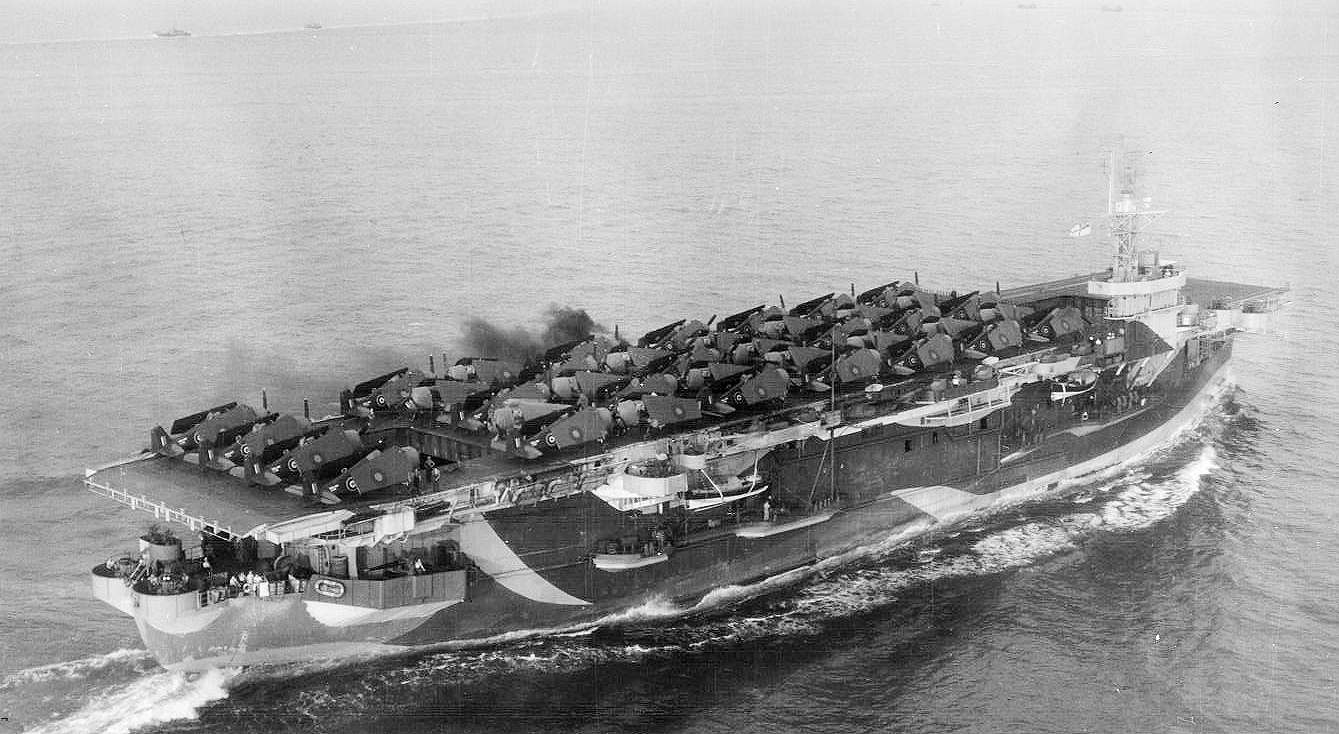 No unlimited ice cream on this Atlantic voyage! Once again, I spent most of the voyage being very sea sick, so the menu was of little interest. On October 16th, we landed in Glasgow and after another long, slow journey we were re-united with our father at Euston - after 4 years in the States, I misheard the name as 'Houston', and was puzzled why a London station should be named after an American hero! 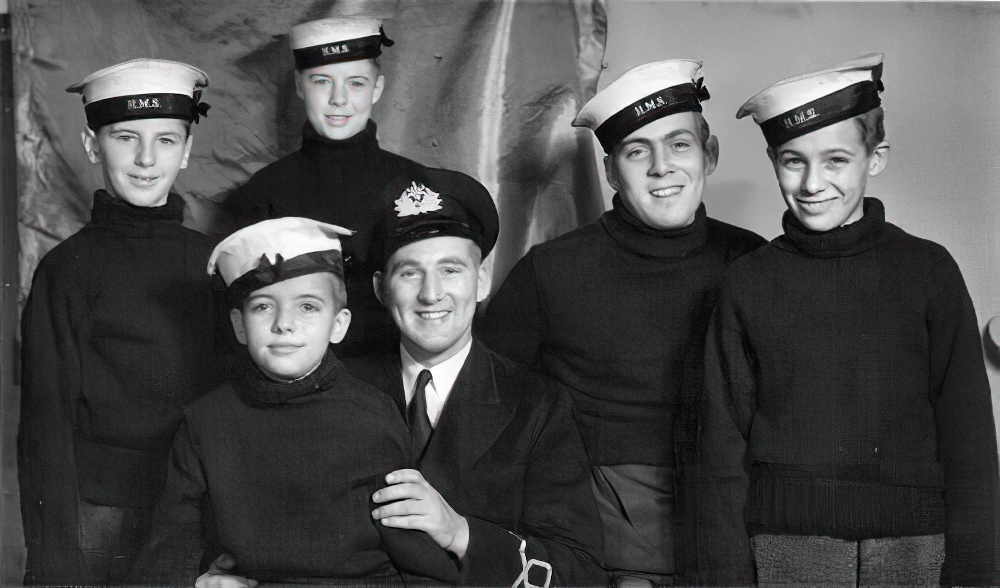 This photo shows the officer appointed to look after us, Sub Lieut. Gordon Mc Nally RNVR,
with my brother beside him. I am on the right. I cannot remember who the other 3 boys were."

Many years later, we learned that HMS Thane made only one more voyage to New York and back. On 14th January, 1945, she was torpedoed in the Clyde by one of the last U boats still at sea, with some loss of life. She was towed into port, but her back was broken. She was scrapped shortly afterwards.

And so back to the present:

An account of the Benares tragedy has been published by John Wiley & Sons, as 'Children of the Doomed Voyage' by Janet Menzies (ISBN-13 978-0-470-01887-3). An account of Thane's last voyage appears in 'Life in the Fleet Air Arm 1944-47' by W.H.Cooper (published privately). The cover of the 'Picture Post' featuring Michael's picture recently formed part of a display in the Manchester branch of the Imperial War Museum.