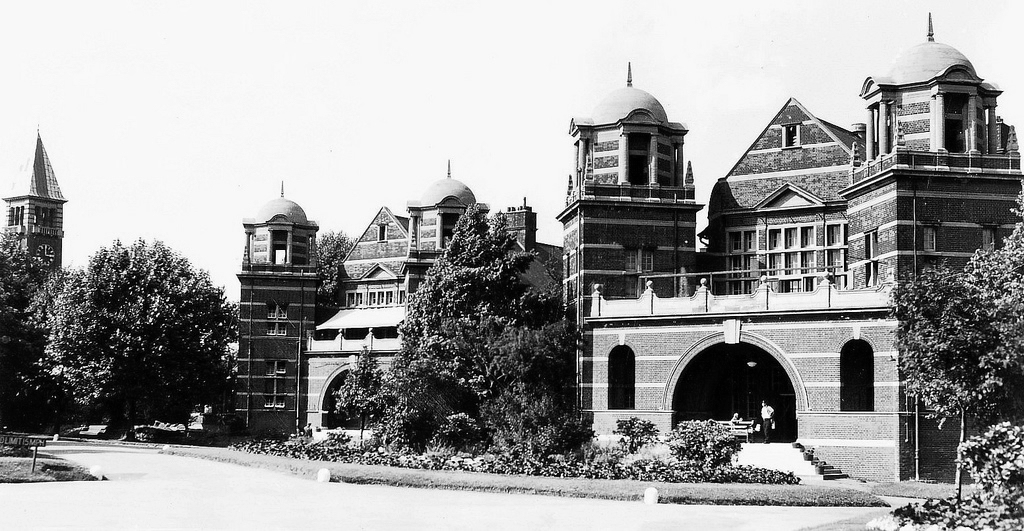 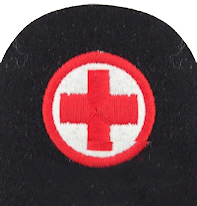 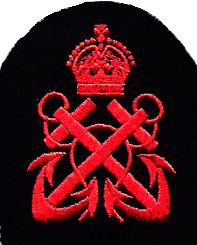 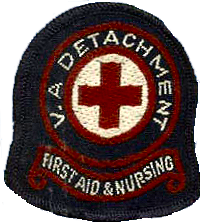 Dr Ken Hines recalls how his parents met while working in the X-Ray department, and how his mother went on to do work for some of the most senior members of the naval medical staff. 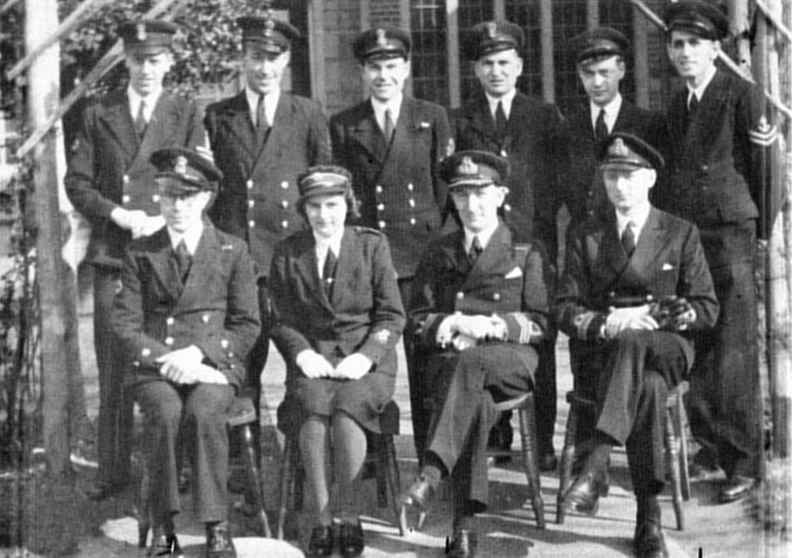 This photograph is signed on the back by most of those in the picture. The young VAD (Voluntary Aid Detachment) seated in the front row is Doreen Astley. Doreen joined the X-Ray Staff in February 1943 as one of the first VADs to be employed by the Navy.

She had worked as member of the British Red Cross Voluntary Aid Detachment since the beginning of the war under the watchful eye of her mother Hilda Molly Astley. They worked at the First Aid post in Garrett Lane, Tooting, and at Balham underground Station. They were fortunate not to have been on duty the night the station sustained a direct hit in October 1940 killing 67 civilians. The bomb crater with a bus in it is one of the iconic pictures of the blitz.

Doreen was an accomplished short hand typist as well as a trained Red Cross Nurse and it was these skills that were seized upon in the X -ray department at RNH Chatham. She was required to type all the reports and other records, as well as providing chaperone services when required. Whilst working at the hospital Doreen lived in quarters at the converted stables.

The Radiologists at the time were Surgeon Commander Reginald Wear RNVR (seated second from right) and Surgeon Lt. Commander Eric Bradbury (seated far right). Surgeon Lt.Cdr Bradbury subsequently became Surgeon Vice Admiral, Sir Eric Bradbury, Medical Director General of the Navy 1969-1972. Doreen was fortunate to work with him early in his medical career at Chatham. Petty Officer Leonard Hines (second from the left standing) was the senior radiographer in the department. In the earlier part of the war he had seen service in the North Atlantic before being sent to Chatham to run the X-ray Department. Other people in the photograph include Pat Dempsey, Eddie Phillips, Joe Moss and D G Marett and one illegible signature.

Doreen recalls that when she arrived in the department all the staff were introduced to her and seemed to have girls’ names! Something which somewhat surprised her. It did not take long for her to be noticed by one of the staff in particular, nick named “Elsie“ as in his initials L C. Soon a romance began, in great secrecy at first, as it would not have been approved of; the Radiologists and other staff all being very discreet about it.

Her secretarial skills became well known and within a year Surgeon Rear Admiral Sankey requested her services as his personal secretary. She had both the medical knowledge and the secretarial skills and was apparently very highly thought of by him and by Surgeon Rear Admiral Gordon Taylor for whom she had typed, in her own time, a very considerable amount of technical medical papers including his Hunterian Lecture to the Royal College of Surgeons and a lengthy report on his surgical mission to Russia. Doreen also typed the text of the 1944 Handbook of the Royal Naval Sick Birth Staff BR888 which was being hand written by a nursing tutor at the hospital. Again, she did this in her free time. I have a well-preserved copy of the book which was protected by a cover made from Xray film!

Doreen and Len Hines were married at St Mary’s Church in Balham on 8thJuly 1944. Originally they had saved their leave so as to have two weeks honeymoon. However just before the day all leave was cancelled as the war moved into another more threatening phase. At one point it looked as though the wedding would have to be cancelled altogether but Admiral Sankey granted them 48hrs compassionate leave and gave them another 48 hrs leave as a wedding present! Many of the family and friends were unable to attend due to war conditions but many from Chatham were able to take the short train journey to Balham.

Doreen is in frail health now but has remarkably clear memories of life in the Naval Hospital and is in regular contact with a dear lifelong friend, Eva, who was the Wren that had replaced Doreen in the X-ray department when she went to work for the Admiral. Doreen left the Navy at the end of the war in time to give birth to me!

Leonard Hines became a Chief Petty Officer soon after his marriage and continued in the Navy with service in Simonstown, South Africa and back again to Chatham. Whilst in South Africa he made the national newspapers with a difficult rope rescue of an injured man who had fallen from a cliff. After demob in 1955 he worked as a superintendent Radiographer in Redhill and Dorking hospitals. He died suddenly in 1968 after a myocardial infarction.

Doreen would be delighted to hear news of anyone who was in RNH Chatham during those years who knew her, her husband, or the X-ray Department I will be happy to pass any information to her.