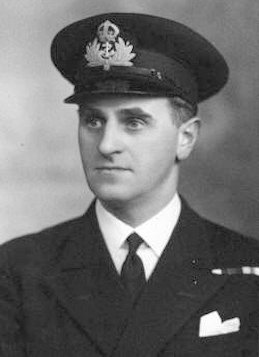 P.T. Lovelock was born on September 2nd 1907 and was a keen sailor and yachtsman. In February 1937 he enrolled in the Royal Naval Volunteer (Supplementary) Reserve attached to the Mersey Division RNVR. The RNV(S)R was a force of 2,000 yachtsmen and other experienced amateur or retired professional seamen over the age of 25, which had been established in 1936 as a ready reserve of suitable men to become naval officers in times of emergency. .

In November 1939, within weeks of the start of WW2, he was called into active service and attended a short training course at the RNVR officer training establishment HMS KING ALFRED in Hove, Sussex before being commissioned as a Temporary Lieutenant RNVR. He was appointed to HMS WILDFIRE on November 26th, the Essex base for minesweepers and auxiliary craft under the command of C-in-C Nore, at Sheerness and Brightlingsea. While there he took part in minesweeping operations in the North Sea, mainly in the drifter TILLY DUFF. During the Dunkirk evacuation he was temporarily in command of the drifter MONARDA and made two channel crossings from Ramsgate, on the 31st May and 1st June, disembarking a total of 190 troops. On 3rd September 1940 he was gazetted for the award of a DSC "for bravery, skill and enterprise in minesweeping off the coasts of Holland, Belgium and France".

On August 27th 1940 he was appointed to command the 59-ton examination service yacht, GIROFLEE, operating out of Brightlingsea Harbour, Essex. On leaving the GIROFLEE he spent two months at HMS SKIRMISHER RN base, Milford Haven before joining HMS WESTERN ISLES, Tobermory, Isle of Mull on June 17th 1941 in preparation for his next appointment.

Lieutenant Lovelock was to command the new 'Isles' class minesweeping trawler HMS PLADDA. Built by Cook, Welton & Gemmill at Beverley, West Yorkshire, she had been launched on April 16th 1941 and was to be commissioned on September 5th. WESTERN ISLES was a work up base for new ships; here PLADDA and her new crew were to train together before being assigned to the 6th Trawler Group. Lieutenant Lovelock assumed command of HMS PLADDA on August 21st 1941.

On completion of working up PLADDA joined the 6th Trawler Group, part of Plymouth Command, where she operated with naval trawlers HILDASAY, SHAPINSAY, SLUNA. Minesweeping operations were undertaken from Falmouth during December 1941 and January 1942. Sometime in the spring of 1942 the 6th Trawler Group was reassigned to operations with the Eastern Fleet and sailed for Madagascar via Freetown and Cape Town. The group called into the Azores in March and was in Freetown at the start of April. Sailing on the 8th they escorted Convoy S.T.19 from Freetown to Takoradi before continuing on to Lagos. The group arrived in Cape Town in mid-May. The final destination was the port of Tamatave, on the east coast of Madagascar, where the 6th Trawler Group was to be based to conduct minesweeping and anti-submarine operations in the Indian Ocean and East African coastal areas.

At the end of September HMS PLADDA carried out exercises off Diego Saurez with the submarine HMS TRUANT; in early November she underwent a four-week refit at Mauritius; she arrived at Diego Suarez on December 22nd and then returned to Tamatave on Christmas eve. A cyclone struck Tamatave on the night of the 11th/12th February 1943 and then passed across to the West Coast of Madagascar where it remained overland for about three days and finally recurved to the Indian Ocean. PLADDA broke from her mooring on the mole and was driven ashore on the beach at the edge of the high-water mark. The ship herself was comparatively undamaged but salvage operations presented considerable difficulty owing to the large amount of shifting sand which had to be dug away in order to refloat her. This took about 8 weeks, after which time she was successfully refloated. On April 5th she left Tamatave for Diego Suarez to be repaired, under tow from the French tug AMIRAL BOUVET and escorted by LURCHER.

In June 1943 Lieutenant Lovelock contracted malaria and after treatment in Nairobi spent a few weeks convalescing in Limuru. On September 18th PLADDA and LURCHER arrived back at Kilindini harbour, Mombasa, to conduct operations but at about that time Lieutenant Lovelock suffered a relapse and he spent a further three months convalescing at Sotik. At the turn of the year he relinquished his command of PLADDA and was appointed in command of the coastal tug HMS ALLIGATOR which he was tasked to take from Kilindini via Mogadishu and Addu Atoll to Colombo, arriving in February 1944.

Remaining in Ceylon, Lieutenant Lovelock was appointed to command the controlled mine laying trawler JAY from May 1st. He left HMS JAY in October 1944 and returned to the UK where he was appointed to the staff of HMS LYNX, RN base, Dover on January 29th 1945 for minesweeping and patrol duties. He was discharged from naval service in October 1945. 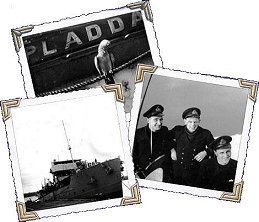 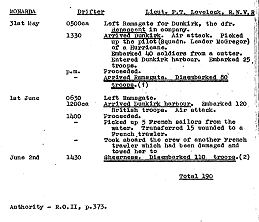 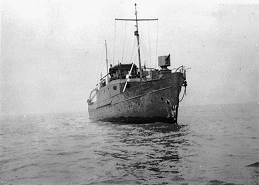 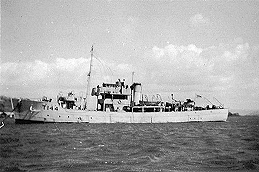 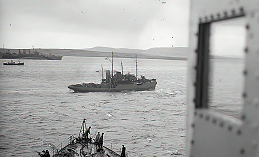